Note: This story will be updated.

Carl Stewart, who for more than 40 years at Birmingham Festival Theatre and Terrific New Theatre helped mold what Birmingham theater is today, died this morning. He was 80 years old.

‘Carl was a larger-than-life presence who took up a lot of space in the room,” the TNT announcement said. “Some might say he was Birmingham’s most infamous curmudgeon, but there was a heart beneath that cantankerous nature, and everyone who ever worked with Carl is better for having done so. He was truly one of a kind, and his legacy will remain for decades to come through the artists he shaped, the theaters he founded, and the audiences he entertained.”

Stewart grew up in Florala, attended Florida State University and moved to New York to study acting with Stella Adler. In New York, he became director of supernumeraries (the extras in opera) for the New York City Opera.

He returned to Alabama in 1968 before leaving for California with friends.

After a brief stint there, he settled back in Birmingham, where he was a hairdresser by day and a prolific and acclaimed director by night.

But that was only the beginning.

In 1986, Stewart and his partner, Steve Stella, opened Terrific New Theatre (TNT), where Stewart directed every show produced by the theater until he retired in 2016. (Stella designed every show until his death in 1996).

Though he would do well-known works, Stewart’s preference was little-known plays and musicals that audiences wouldn’t find anywhere else.

Both BFT and TNT are still in existence (although TNT is on a hiatus), and actors Stewart directed are appearing on stages all over Birmingham and, in some cases, around the country.

“I was only 20 when he put me in ‘Jacques Brel,’” said Carolyn Messina, who performed numerous times in Stewart shows. “He and Steve were at the top of their game, and I was able to be a part of the ‘old core regime’ as a mere pup. … I was so fortunate to have known him when he was still spreading stardust and it was art for art’s sake. I wouldn’t be who I am as an artist without his influence.”

Chuck Evans, interim president of the TNT board, said the board is “heartbroken by this tremendous loss.”

“Carl Stewart forever changed the landscape of the performing-arts scene in Birmingham by introducing a brand of theater that was new to mainstream audiences here in the 1970s and 1980s: avant-garde, sometimes controversial, often racy, but always entertaining,” he said. “Every actor who ever worked under him learned the most valuable lessons about their craft and, really, about life. Carl’s legacy will be felt for many years to come through the brilliant work of his pupils and the treasure trove of ‘Carl stories’ collected over the past 50 years by artists and patrons alike. TNT will make sure that Carl Stewart lives on.”

Evans himself acted in several productions directed by Stewart.

“As someone who didn’t get ‘bit by the acting bug’ until my mid-30s, I was blessed by the gods to have been directed by Carl Stewart seven times,” Evans said. “My first show at TNT was ‘El Grande de Coca Cola’ in 2008. Although I had made my acting debut on a different Birmingham stage four years earlier, I was still very much a novice actor when Carl cast me – not having had the benefit of a high school theater program or acting classes. Under Carl’s direction, I was a dry sponge soaking up an enormous amount of knowledge, not only about acting technique, but also about communicating to an audience and about life lessons and, ultimately, about myself. Thanks to Carl, I can call myself an actor without feeling like a fraud. I loved that man, faults and all, and will forever be grateful to him.”

When Stewart retired from TNT, Tam DeBolt, an actress he had worked with numerous times, took over as the theater’s executive director.

“Carl Stewart’s spirit and love of theater will live in all of us who knew him,” she said today. “If you ever worked with Carl, you knew his room-filling laugh, you have a favorite quote from rehearsal, and you probably learned something you didn’t know before.”

Stewart talked about his legacy in a story in Iron City Ink when he retired.

“It used to always bother me that still, after all this time, we only can seat 98 people, and I was hoping the day would come that would demand that we have more seats to fill,” Stewart said. “But that didn’t happen. What did happen is all the other theaters started opening up, and in that sense, there are more chairs. You can’t fling a cat in Birmingham without seeing a theater, and that possibly might be my legacy.” 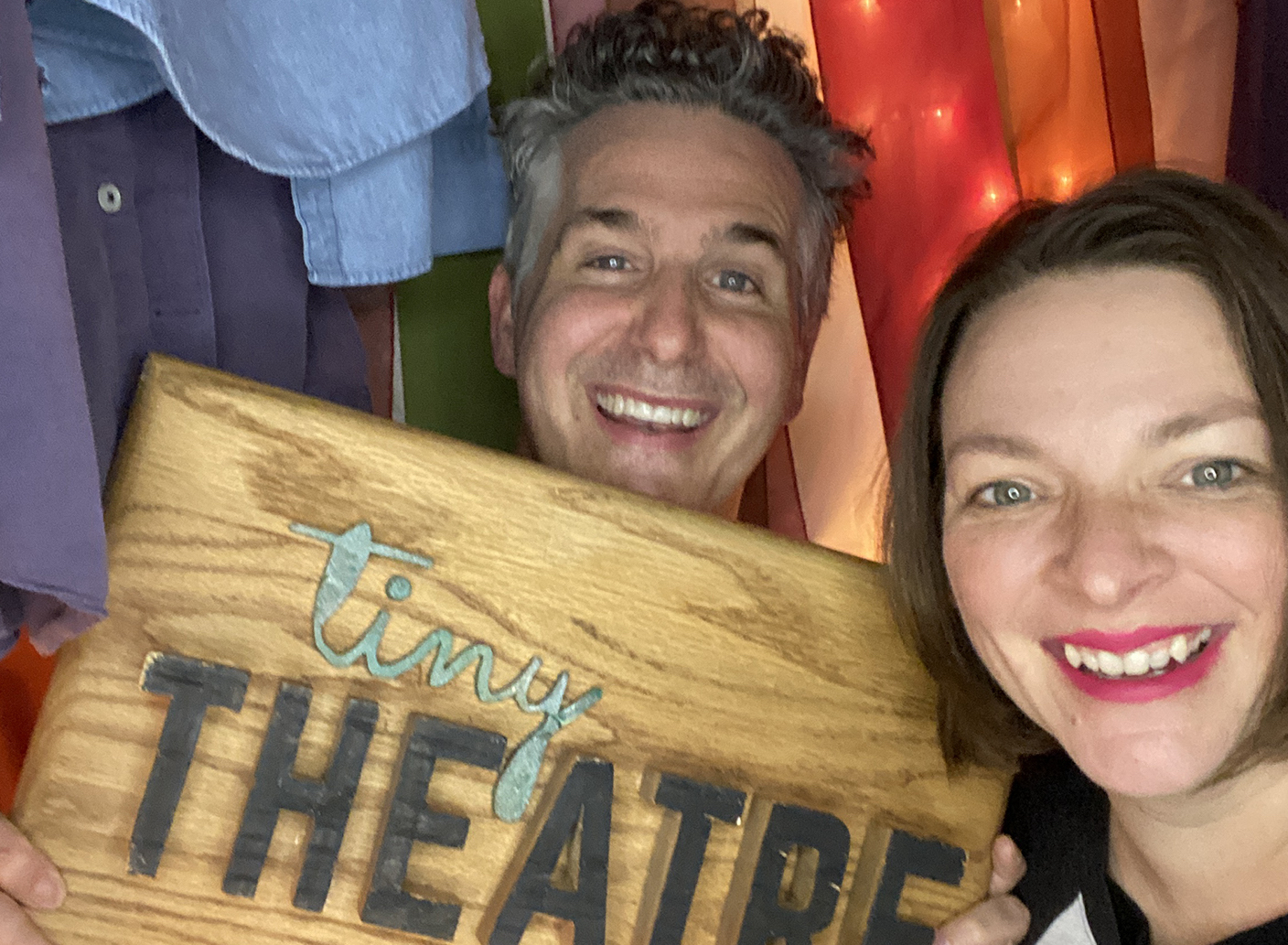 From ‘Company’ to ‘Cinderella,’ Amy Johnson can sing it all