Cecil Washington Jr. is kicking up his heels again.

The Birmingham native hasn’t done it much in his acting career, but coming off a run as the cross-dressing Dr. Frank-N-Furter in “The Rocky Horror Show,” he’s now starring as the drag queen Lola in Red Mountain Theatre’s “Kinky Boots.” That show opens Friday and runs through June 26.

But Washington wants audiences to look beyond Lola’s high heels at the humanity of “Kinky Boots” and its message of acceptance.

Here, the star of stage and screen answers some questions about that show and his career:

Q. What is your background, Cecil? Are you from Birmingham?

I am from Birmingham, by way of Fairfield. The third of four children to Cecil and Olivia Washington. I attended Holy Family High school and Alabama State University, where I received my BA in Theatre Arts. Immediately following graduation, I started and completed a two-year film and television program in New York City. Since then, I have successfully been working as a professional stage, film and television actor. I am a member of the Actors Equity Association and eligible to be a part of the Screen Actors Guild as well. I currently am living wherever my work takes me. I bounce from contract to contract, which has made it somewhat difficult to settle on a home base. But for the most part I live in between New York, Atlanta and Birmingham.

Q. What about theater? When did that enter your life?

The theater bug definitely bit hard in college. I started as a biology pre-health major but quickly changed it in my second year. My parents weren’t excited about this decision. I excelled in science so it didn’t seem logical, until they came to see my first performance in school. I started as a dancer my freshman year and within that same term I gathered the courage to audition for a role.

Q. What were some of your first roles on stage?

My first role was Fred in “The Drums of Sweet Water.” He was a mental patient in a psych ward with a type of Parkinson’s disease that caused him to shake constantly. The only time he did not shake was when he sang. This role allowed my professors to notice I had a singing voice as well, which landed me an audition for my next role, Tony in “West Side Story.” Thus began my musical theater resume.

Q. What have been some of your favorite roles on stage?

I have so many roles that are easily in the top 10, but if I had to narrow it down, I would say top three are George “Sunday in the Park with George,”, Sam Cooke in “The Sam Cooke Story” and  Marius Pontmercy in “Les Miserables.” Honorable Mention goes to Dr. Frank-N-Furter in “The Rocky Horror Show.”

I have been fortunate enough to have landed a couple of TV episodes here and there. FOX’s “The Resident,” STARZ’s “Black Mafia Family,” “Law & Order,” along with several commercials, promotional ads, music videos, short films, etc. All the work I’ve done in the film and television world has been just as exciting and thrilling as my stage work. I’m always pumped when I arrive on set. I’m honored and humbled that out of all who auditioned I was chosen. It’s a tough industry and when you book (at least for me) it is so rewarding. I have a television gig that I can’t say much about yet right after “Kinky Boots” that I’m really excited about.

Q. So, you’ve done “Rocky Horror” and are now doing “Kinky Boots.” Have the cross-dressing roles been a recurring thing in your career, or is this just coincidence?

LOL. The cross-dressing seems to be the theme for the last four months, but it was a very interesting coincidence. I had no idea that either of these shows would be on the schedule, let alone back-to-back. My heels will be coming off for quite some time after “Kinky Boots” closes. I have truly enjoyed and embraced this new versatility in my resume and life. My feet, however, will definitely go on strike if I don’t chill out with the heels for a while. I have such respect for anyone who walks in them daily or even often.

Q. Were you familiar with “Kinky Boots”? Is this a role you’ve wanted to play?

I was familiar with the overall show visually and somewhat familiar with the music. I had no idea the message would touch me the way it has. Lola was not on my dream-role list, because I wasn’t sure what the role was saying before. When I finally saw the musical, I said If I ever wanted to step out of my own typical “genre” of roles this would be the one. It just so happens Dr. Frank-N-Furter got to me first.

Q. Tell me about Lola. Who is she and what is her role in the musical?

The character Lola is, for lack of better words, “everything.” She is strength, she is style and class, a storm that blows through and completely rips away the walls people put up so that the real you can shine through without a cloud in the sky, and she is the peace after the storm that makes you feel safe. She is a drag queen who happens to meet Charlie while defending herself against hooligans on her way to perform at the club she works for. She starts as a sort of muse/designer for Charlie and his journey of saving his family shoe factory from going out of business but then becomes a different type of inspiration. She becomes a friend and learns that though we come from opposite worlds that doesn’t mean we don’t have the same story. She has a beautiful story that involves the good, the bad, the ugly and the acceptance of one’s self and others, a lesson I hope many will benefit from.

Q. Do you identify with Lola at all? How so?

I definitely can relate to Lola.  In fact, I believe we all can. It’s not about what people look like that makes them who they are. To me it’s about how you treat others and most importantly yourself. It took Lola years before she accepted that this is who she is, and that is how you can be your best self. Accept who you are. All of you. The good, the bad, the ugly. It is through accepting yourself that you can be a light for others. I’ve learned that I’m not perfect and I don’t have to be who others want or feel they need me to be. It’s OK to just be me and through that you can feel my love, my truth and my acceptance of the man and the artist I have become.

Q. What do you see as the central message of “Kinky Boots”?

The central message, in my opinion, is acceptance, and if you look close enough, the person you think is so different from you might actually be the same as you, just taking different journeys. The clarity in acceptance can be freeing in a way. Sometimes accepting that you won’t be accepted everywhere or by everyone can lift a mountain off you. As long as you have accepted and Love yourself.

Q. Tell me about the rehearsal process for “Kinky Boots.” Has it been fun? Demanding?

The rehearsal process has been really fun and demanding. This is a big and really fast-paced show at times. So, while having fun we learned that we also had to be super focused. I am always amazed at how much of a village it takes to put one show on. We are really blessed to have a great team, a wonderful, gifted cast and an incredibly talented director in Robin Lewis. We are living in a new work regime in my field. Singing and dancing in masks during rehearsals, although extremely safe and necessary right now, is super hard, but Red Mountain Theatre worked diligently to provide us with a safe environment to flex our artist muscles so to speak all while staying within regulations. 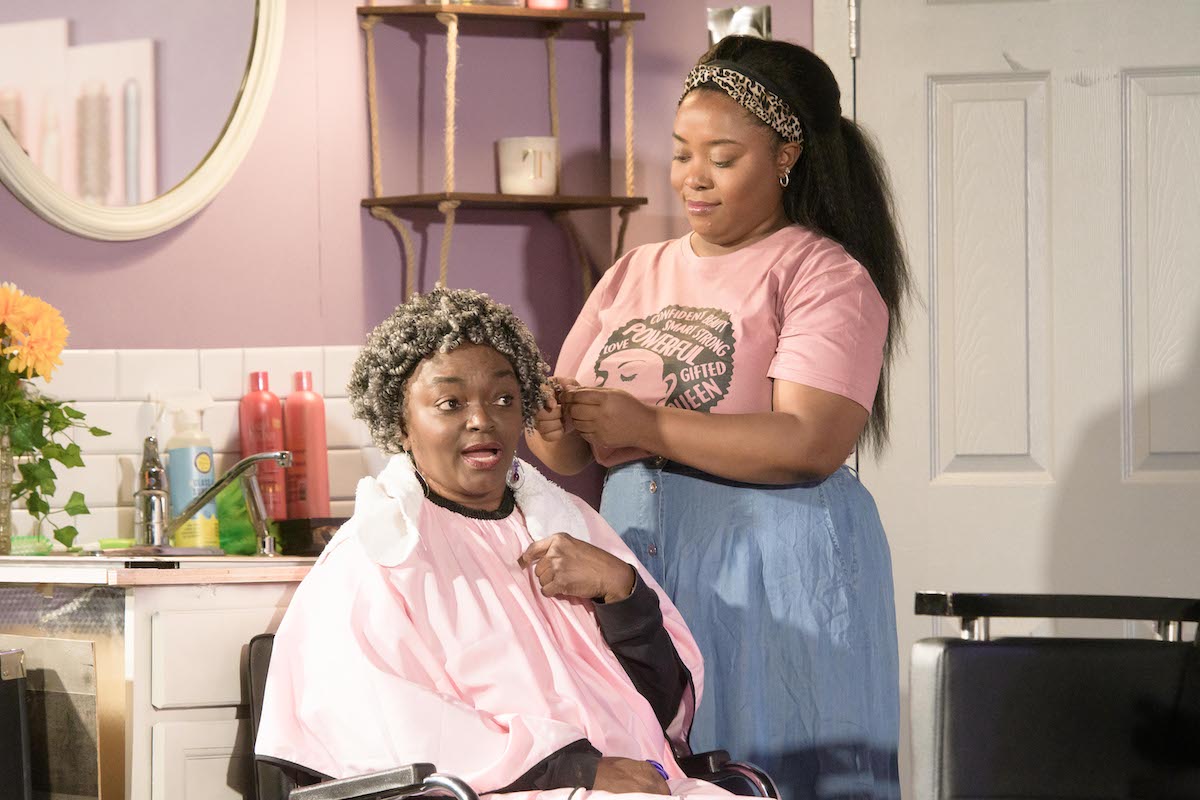 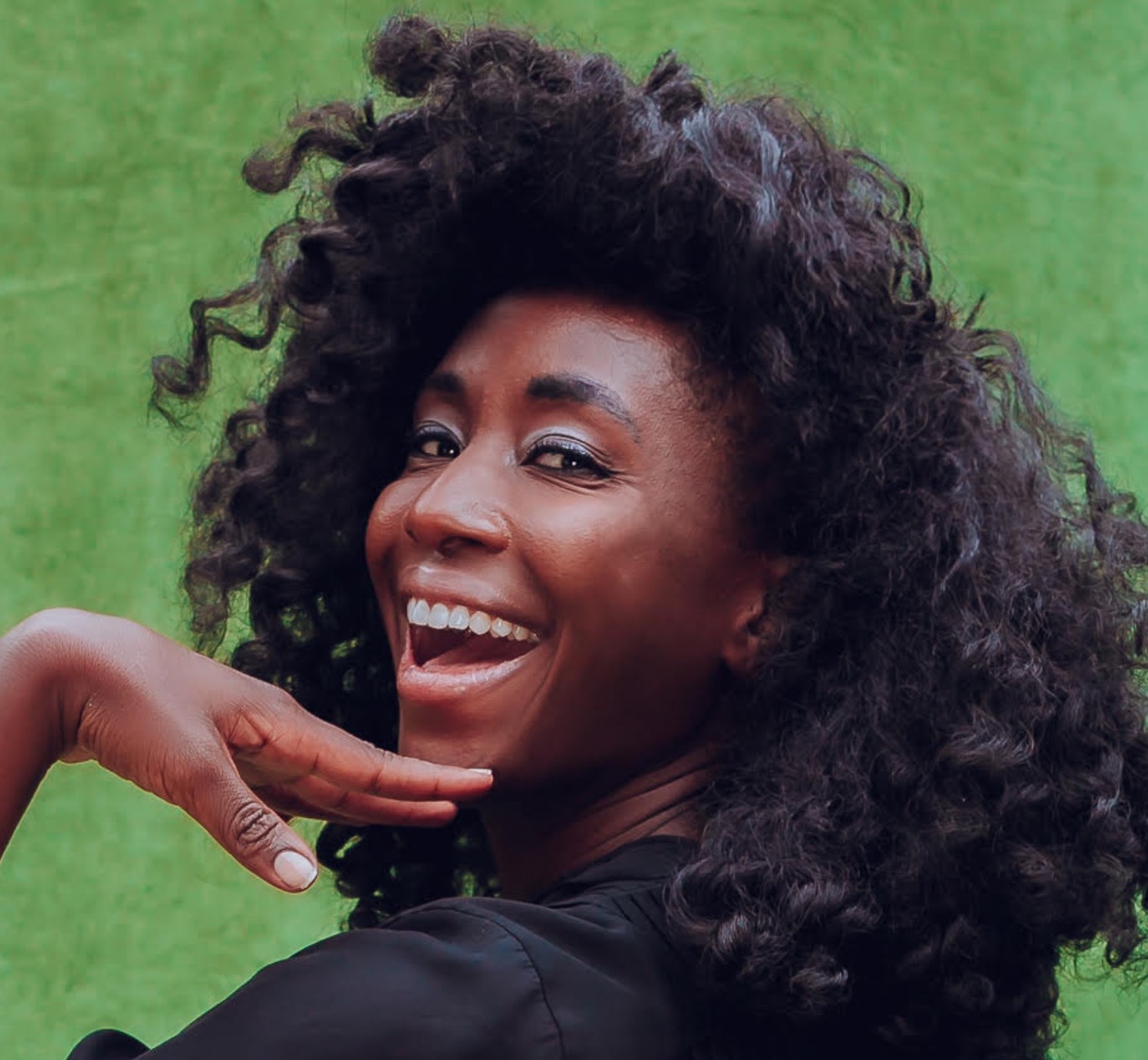 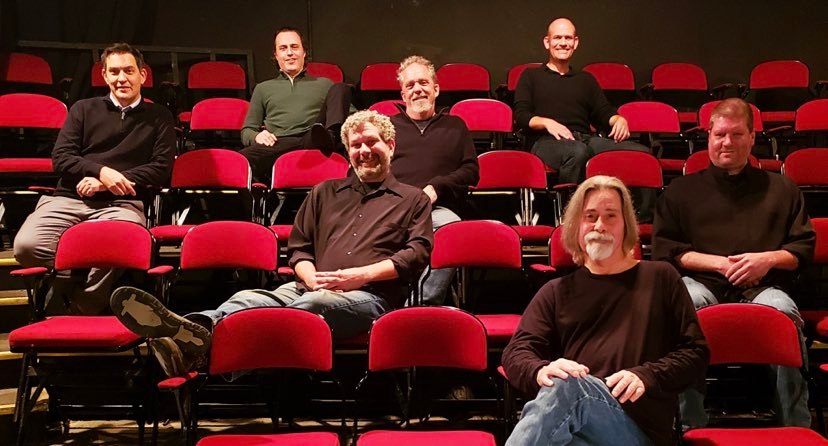