You can go home again.

Just ask Erika E. Wade, who left Birmingham for college, looking toward a career in screenwriting. She’s moved back home, where she runs her own production company and continues to write and perform.

The latter will be on display this weekend as she performs her one-woman show, “The Rhythm/Da Blues,” at Red Mountain Theatre, and audiences can enjoy it via a live stream. It’s a semi-autobiographical piece, directed by Andres Poch, about Lena Darling, growing up Black and a woman in Birmingham.

Performances are Friday and Saturday, June 10 and 11, at 7:30 p.m. Tickets are $25 and available on the Red Mountain Theatre website. A live stream is also available, and tickets for that can be purchased on Glenda’s Baby Productions’ website.

Wade took some time to answer some questions about her background and her show.

Q. Tell me about yourself. Are you from Birmingham?

I am from Birmingham, born and raised between Fairfield, Dolomite, Hueytown and Pratt City. I went to the Alabama School of Fine Arts for creative writing. My undergraduate degrees came from The University of Alabama (Roll Tide!). I went to the Savannah College of Art and Design for my MFA.

Q. Is that where the theater bug bit you?

I never studied theater in school, but I was always a part of that world. I really wasn’t into theater to begin with. I wanted to write movies exclusively. Oh, how times have changed. I write the occasional screenplay, but the majority of my work has been on stage and TV.

Q. How does that compare to Lena Darling? Is she autobiographical?

Lena Darling is a semi-autobiographical character. While I do share a lot in common with her –growing up in Birmingham, having a complicated history with mental health and being the last to find her rhythm in my family — I’m finding more and more aspects that separate us with this particular production. It’s more of a mentality and the way we see the world. She’s in a very particular place with her healing journey. Lena is embracing the idea that the Strong Black Woman trope doesn’t suit her, and it’s not helpful to becoming more emotionally intelligent. I can say I have made it a little further down the road of self-awareness and healing than she has.

Q. You started writing early, correct? Can you tell me about that and how you segued into acting?

Yes. I actually wrote my first story when I was 4. I dictated it to my mother who typed it word for word. Even though I realized I loved writing fairly young, I’ve always been a performer of sorts. As a child, I would audition for acting roles — mostly commercials. There’s an early Alabama Adventure commercial out there with me in it, lol.

All in all, it was my family that gave me the confidence to perform my own work and eventually that of others. I’d always be reciting a poem or telling a story, so they encouraged me to learn more about stage presence and how to read a room. I started doing spoken word poetry, which is a combination of both worlds, and felt very empowered on stage. It continued on from there.

This show was written with me as the performer in mind, which I’ll admit was initially scary. I’d never performed in any long-form content before, let alone my own script. I try to lean into fear and use it as power. If I’m afraid of something, it’s all the more reason to try it. Fear oftentimes reads to us as a negative thing, but sometimes it’s just anxiety of giving into the unknown.

I tend to believe artists should move and respond to whatever mediums feel the most satisfying and connective to their audiences. A lot of people disagree with that, but if you create as a writer, producer and a performer, it’s worth it to try and see if each of those mediums feels comfortable for you and is receptive by the demographics you create for.

Q. Who were some of your role models growing up?

I’ve always found role models close to home. My grandmothers, the two women I and Lena are named for, Lurleen Wade and Inell P. Brown.

Q. You left Birmingham and came back. Why and why?

I left to learn and grow. I always knew the South would call me back, but I never knew when. The goal was to learn everything I could in New York and LA and bring it back to bridge some of the inequity gap in entertainment representation. I knew I had to scrap to get what I got in my career, and in some ways I’m still scrapping. I don’t have to tell anyone how difficult it can be as a disenfranchised voice in this industry. When you’re checking multiple boxes it’s important to make some space and time to look back for others. That’s why I came back.

Q. Can you tell me about your company, Glenda’s Baby Productions?

Glenda is my mother. She’s really the one I have to thank the most for my career. She encouraged me to keep going and never quit and has been my biggest supporter since the very beginning. GB Pro, as we call it for short, is a development and content production company that specializes in hybrid events and programming, mentoring writers and creatives in above-the-line positions and content production. In short, if you can dream it, we can help you make it. We work with emerging talent to build long-lasting relationships and to give opportunities to communities that often don’t get them.

Q. When did you start writing “The Rhythm/Da Blues” and why?

“TRDB” was actually my thesis show at SCAD. I wrote it because my thesis revolved around creating content you as the writer felt comfortable performing. Oftentimes scripts get passed over. People are busy and don’t “have time to read.” I hate that, but I’m a realist. So, I wrote something I wouldn’t be afraid to perform. It was actually a much larger project than I ever could have imagined, but I’d never change how the show took form.

Q. Where has it been performed?

I couldn’t be more excited about it. I’ve dreamt of this Birmingham show for quite some time now.

I’m open to whatever is in store. I do see myself acting more. I’ve recently gotten into voice acting with a few organizations like APT. It’s been great fun. I’ll always be a writer and producer at heart as well, so those doors are open for possibility. I want to create as much content in the city as possible. We’re thinking of ways to make entertainment more accessible and more appealing for audiences that were traditionally excluded in the past. Creativity really is limitless; our content should be, too. 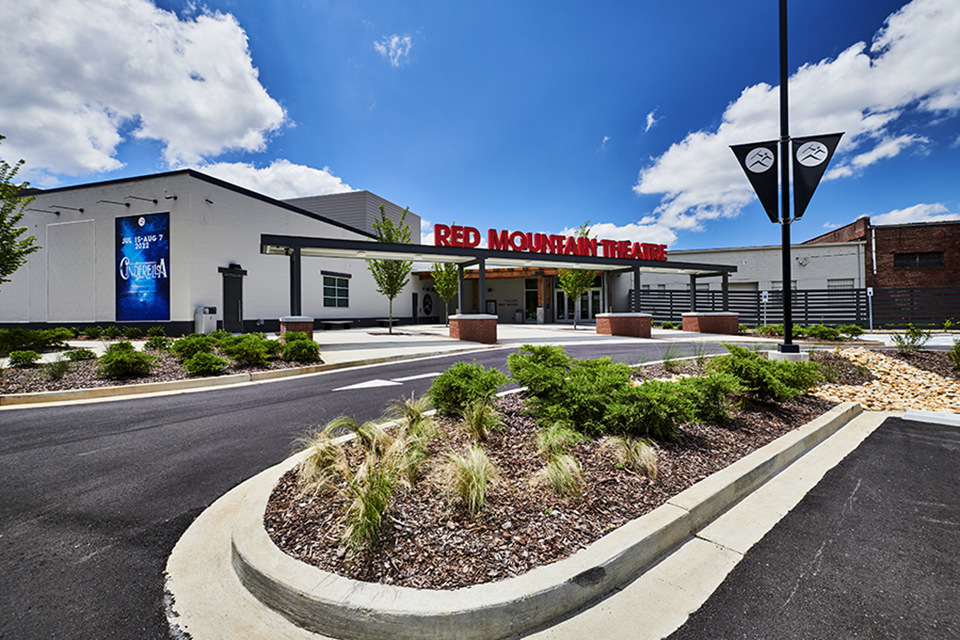 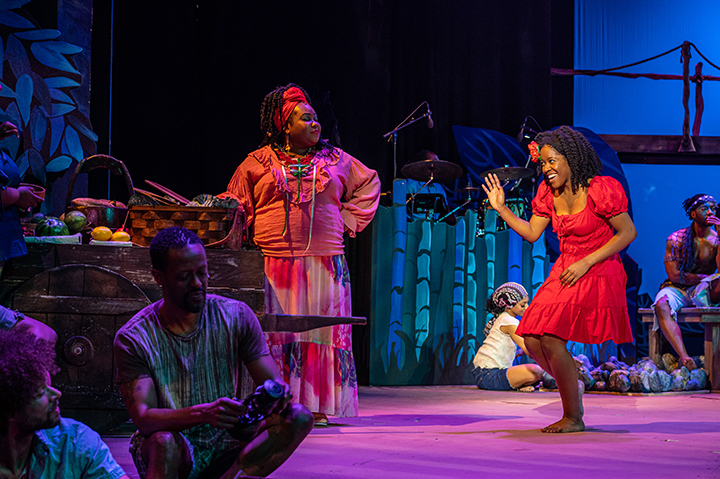 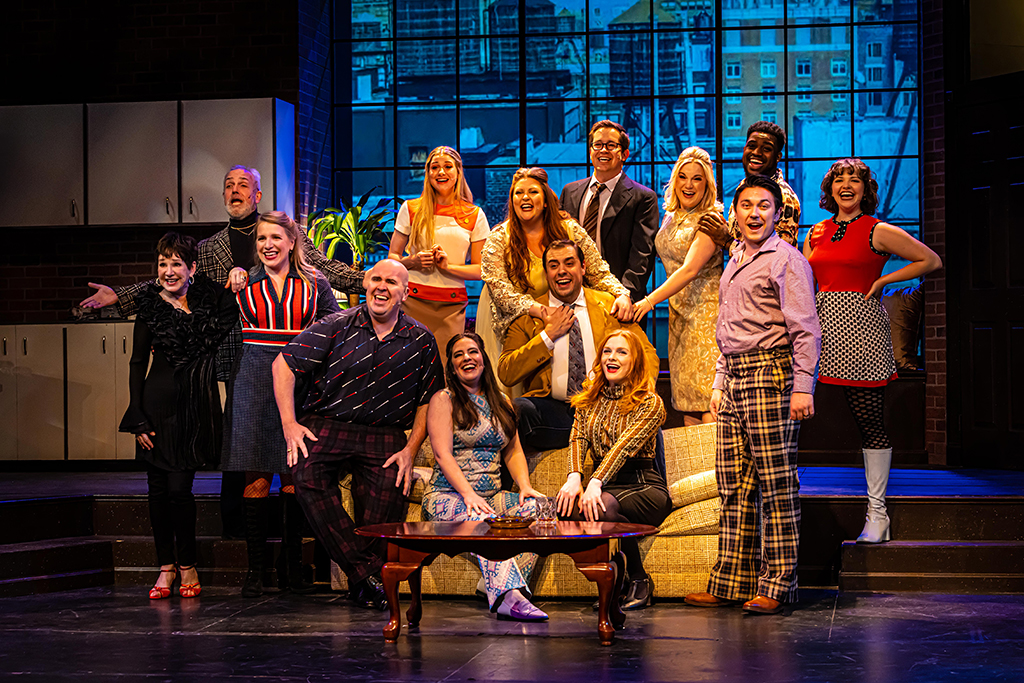