In Feature, TheaterTags Jalyn Crosby, Once on This Island, Red Mountain TheatrePublish DateFebruary 10, 2022

When the curtain rises Friday night on Red Mountain Theatre’s production of “Once on This Island,” standing front-and-center will be a 20-year-old University of Alabama junior making her RMT debut.

Jalyn Crosby will be starring as Ti Moune in the Tony-nominated and Olivier Award-winning musical, a Caribbean fairy tale about a peasant girl who falls in love with a wealthy boy from the other side of the island.

Daniel, who falls in love with Ti Moune, is “from a completely different world,” Crosby says.

“They embark on an eventful journey, bringing together those two worlds,” she says. “The truth and love in this story and how the aspects of culture and blackness oozes throughout make this story special. This is a show that I’ve wanted to do for a while, and Ti Moune is a dream role of mine, so the fact that I get to portray her is an absolute blessing.”

Though “Once on This Island” marks Crosby’s RMT debut, it’s far from her first starring role. The Montgomery native has starred as the Leading Player in “Pippin” at the University of Alabama, and she made her professional debut as Addie Mae Collins in the Alabama Shakespeare Festival’s “Four Little Girls: Birmingham 1963.”

“That was an amazing experience because of the necessary storytelling and the many opportunities it brought about,” Crosby says. “It was one of my favorite shows I’ve done, and I would not trade that experience.”

“Once on This Island” is a completely different experience, and one that Crosby is also relishing.

“What I love most about Ti Moune is her ability to see the best in people, and she always has a positive spirit, which makes her relatable to me,” Crosby says.

When the run of “Once on This Island” ends (on Feb. 27), it’s back to UA, where Crosby is studying musical theater. Her next role? Pilar, one of Elle Woods’ sorority sisters, in “Legally Blonde,” the next production of the University of Alabama’s Department of Theatre and Dance. 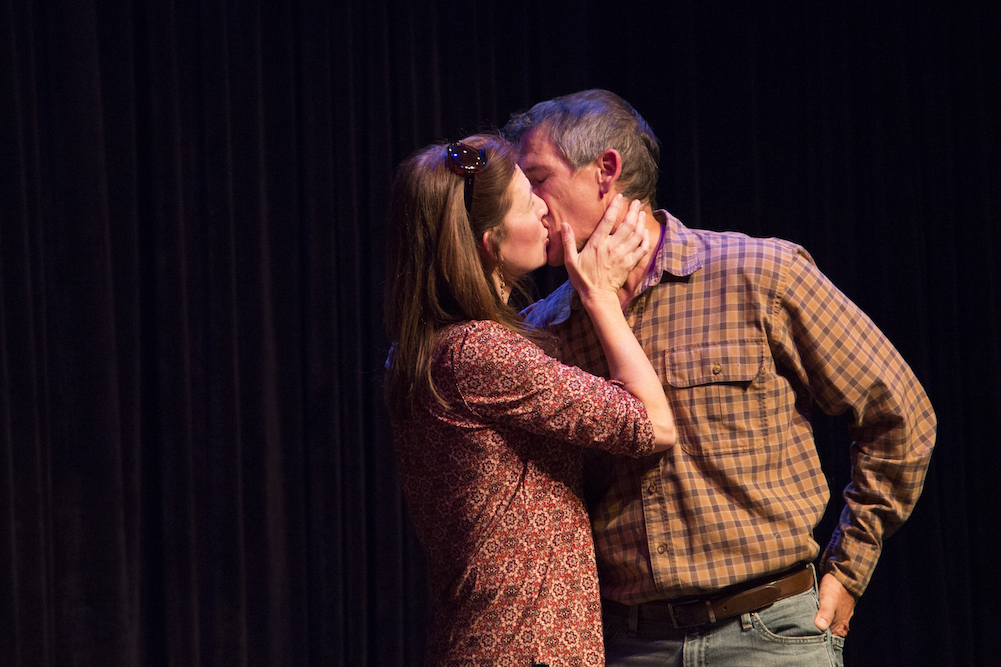